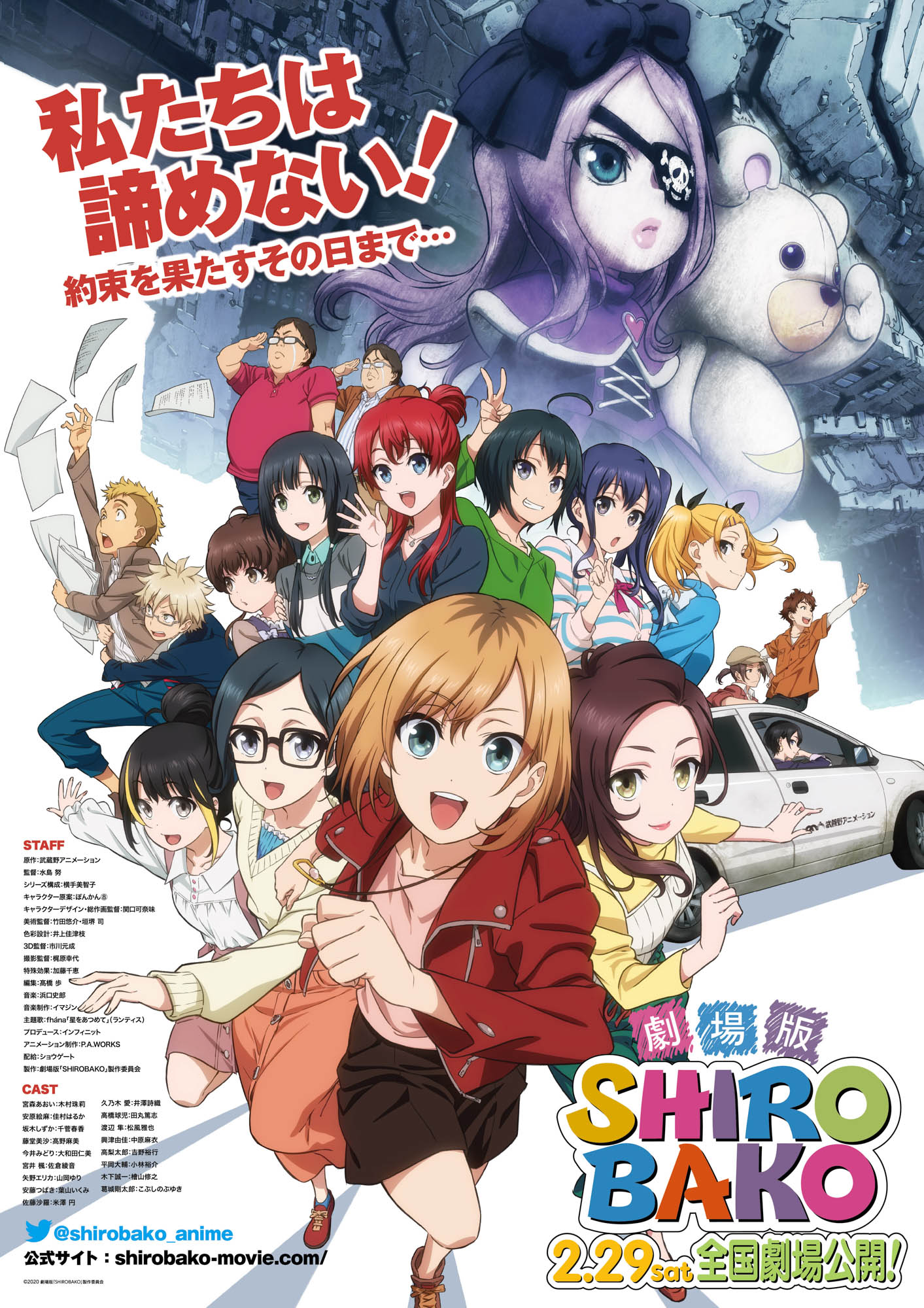 The five members of the Kaminoyama High School anime club swore over a box of Hyoutan doughnuts that someday they would make an anime. After graduating, they all go on to work in different places in the anime industry.
After producing “Exodus!” and “Third Aerial Girls Squad”, Aoi Miyamori begins to gradually get closer to her dream and think about what it is she really wants to do.
Four years have passed since then, and one day, Aoi is called in by Watanabe and offered a role managing a new theatrical animation. But there’s a hidden pitfall with it… Can she make a movie with the company in its current state? Aoi gets worried…
But with the help of her new friend, Kaede Miyai and the rest of the members of Musashino Animation, the project gets started.
Will it get in by the deadline?!